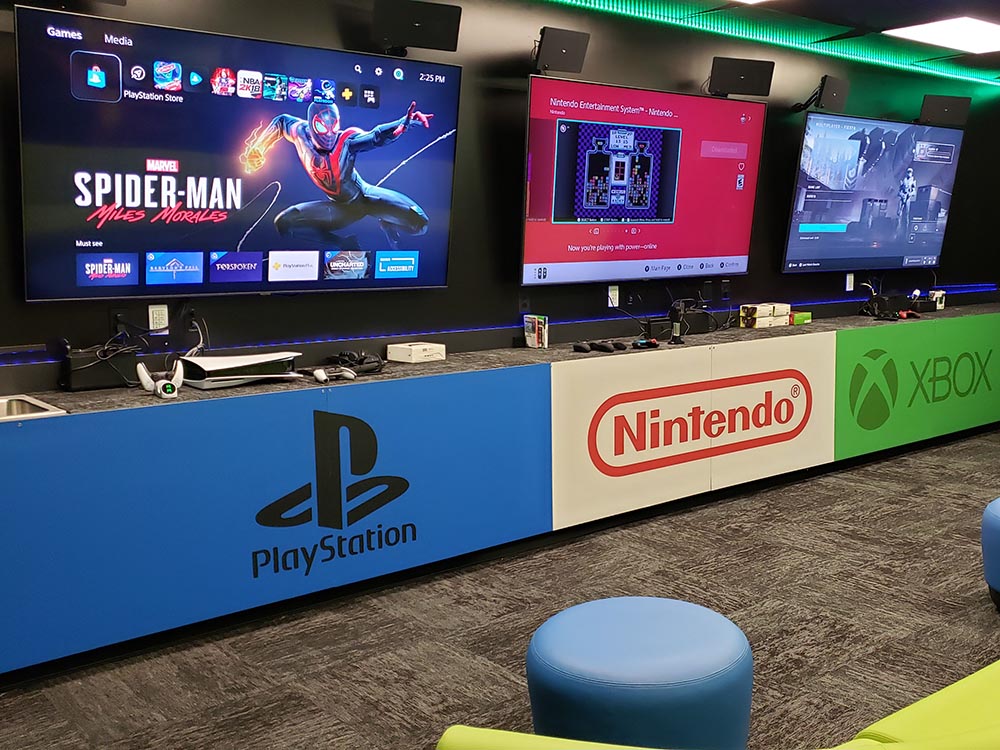 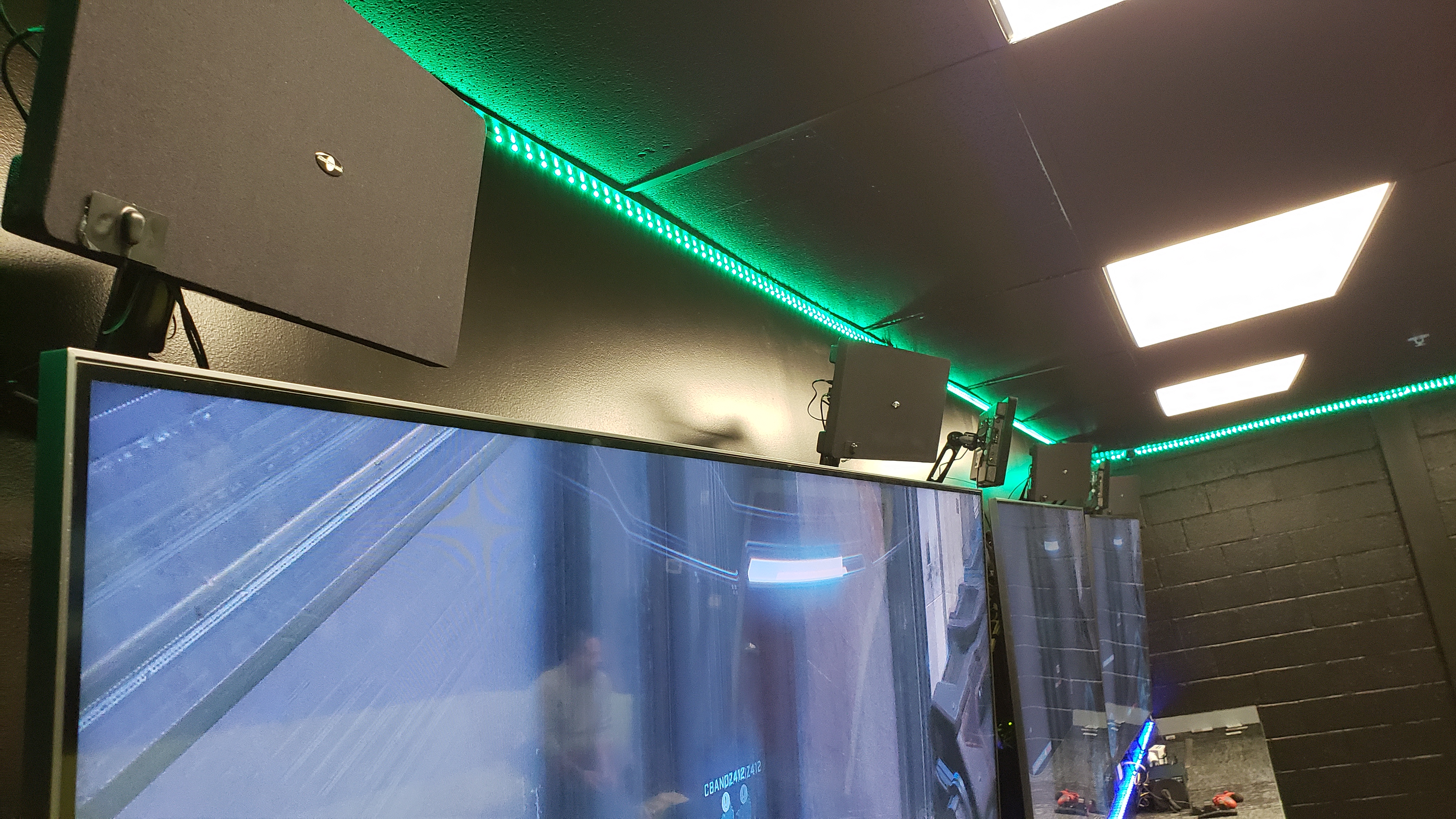 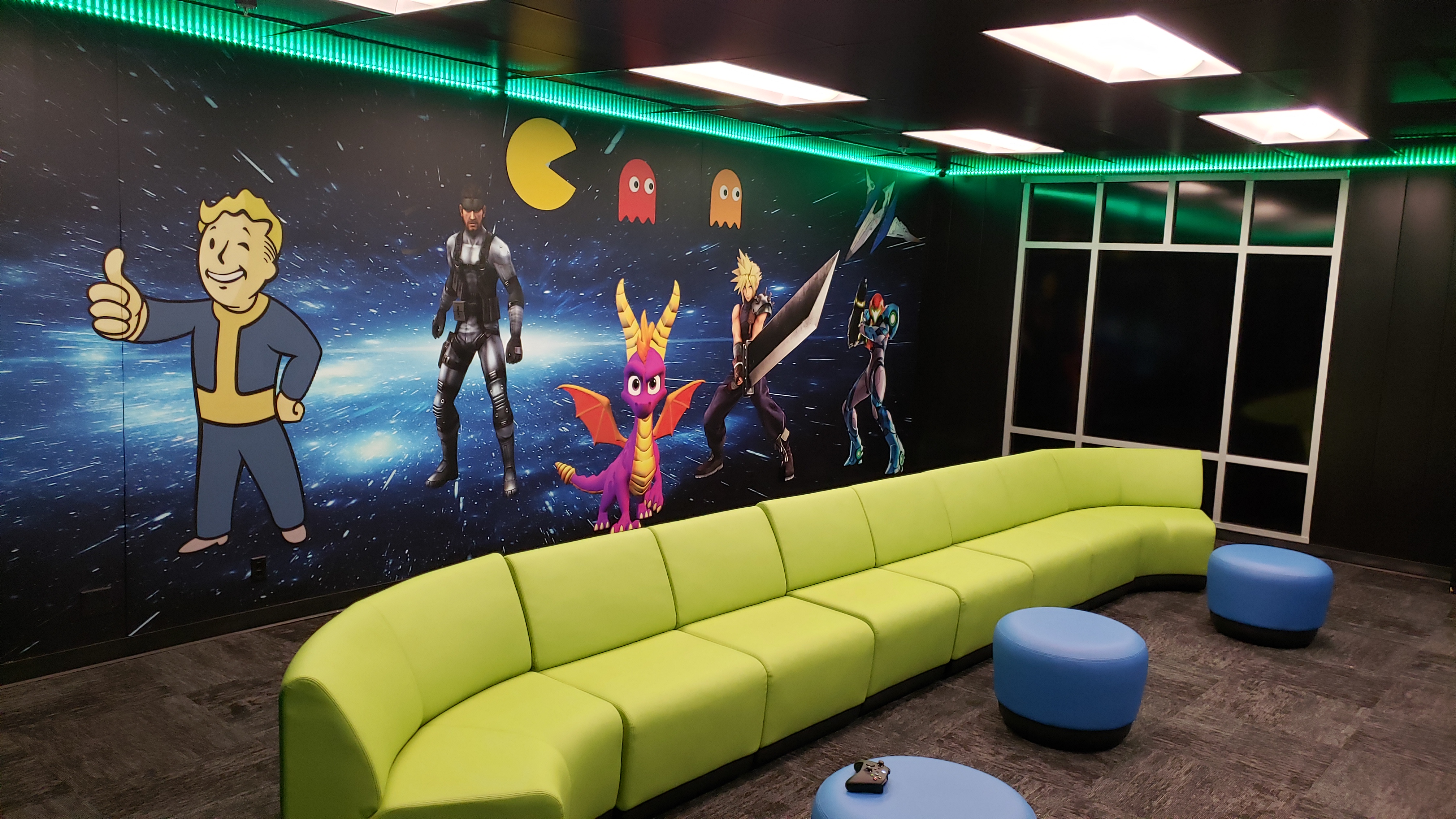 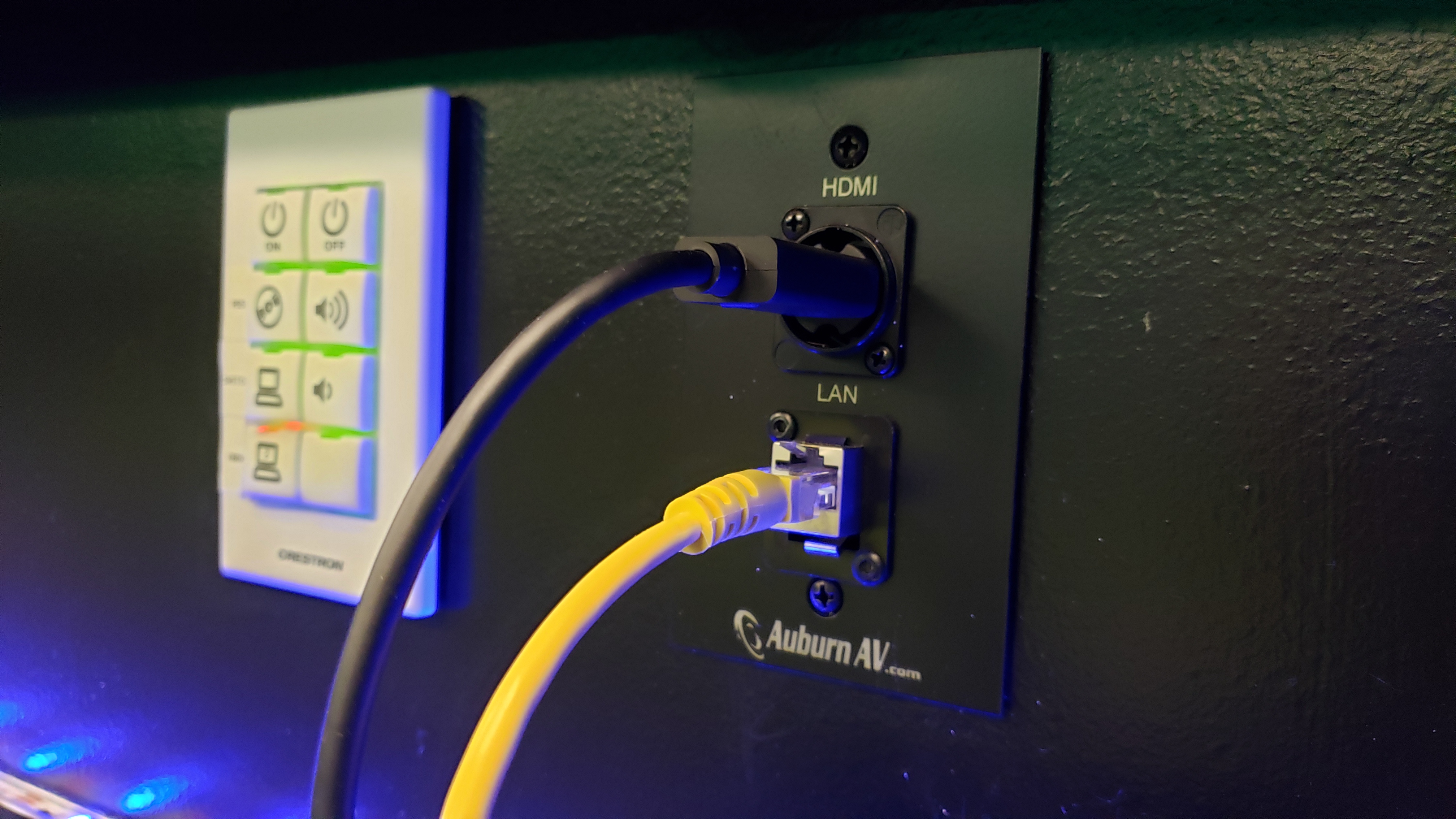 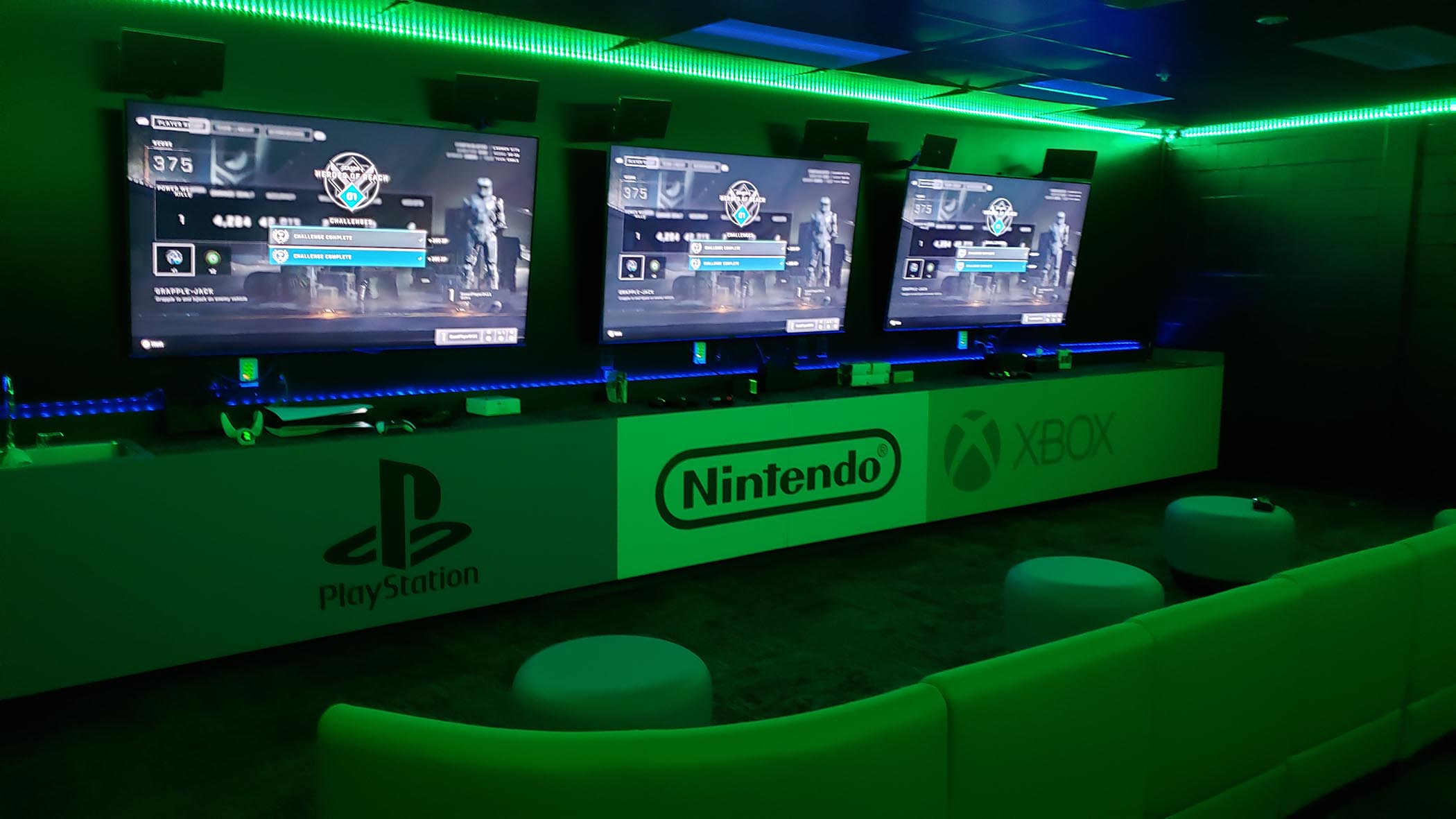 Frank Brown Rec Center has long been a favorite after-school hangout for the kids of Auburn, and now, it’s getting even better with the addition of an Esports Gaming Room. One of the program directors, Houston Manning, reached out to Auburn AV to help set up not just gaming stations, but a truly unique collaborative experience. They wanted to be able to host tournaments with the option of having either three separate gaming stations or being able to push a button and display the same content on all three screens simultaneously.

We designed a flexible system, with wall panel controls so anyone can easily push the feed from any of the three gaming consoles to any of the three TVs. Each TV has a set of specialized speakers that emit an extremely tight beam of sound, allowing multiple people to use the room at once while still being able to hear. Each console has a hardwired internet connection to a dedicated network switch to ensure optimal streaming speeds.

Our high-quality equipment and accomplished team are available and ready to assist you.
Contact Us